This site uses cookies. If you continue to use it this signifies your agreement to the use of cookies. More InfoOkay

Already a year ago, the European Court of Justice ruled that companies are obliged to keep comprehensive records of working times of their employees. Now the Emden Labour Court has confirmed the case law of the European Court of Justice for Germany in a first ruling on this subject (AZ: 2 Ca 94/19) - even though there is as yet no explicit implementation in national law. 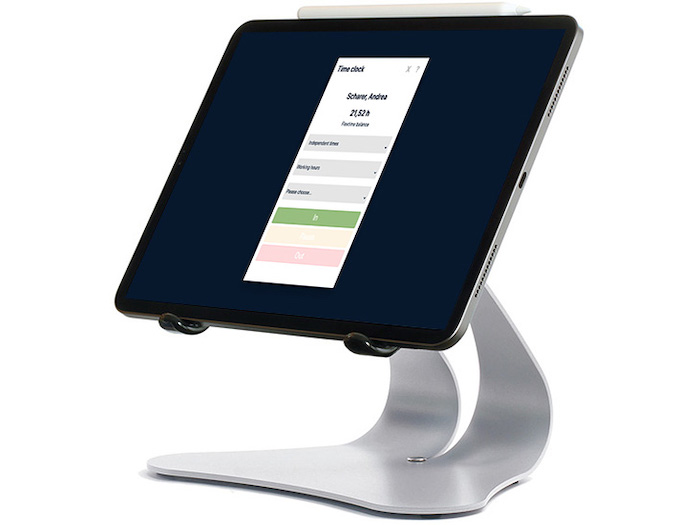 According to the judgment, the obligation to establish an objective, reliable and accessible system for recording working times arises directly from Article 31(2) of the European Charter of Fundamental Rights and does not require a national law transposing EU working time directives. This is the first time that it has now been legally clarified whether there is still a transitional period until implementation in Germany with regard to the ruling of the ECJ. The wait-and-see attitude of many companies will lead to a defeat for the employer in court in case of doubt.

For all companies in Germany and the entire EU, the motto is therefore: act now! Comprehensive, system-supported time recording is absolutely essential in order to provide legally compliant proof of employees' working hours. Even the recording of the start and end of work in a construction diary was not sufficient in this case, as additional set-up and travel times were not recorded. Especially in the event industry, however, such times often count in whole or in part as working time, so that a complete recording must be made here as well.

Software solutions such as CrewBrain from GigPlaner can be used for the legally compliant recording of working hours. This cloud-based solution does not require any fixed hardware elements, but can be used by employees everywhere and around the clock via smartphone. Due to the recording via time clock, the software fulfils all requirements to enable a time recording in the event business despite the constantly changing locations. 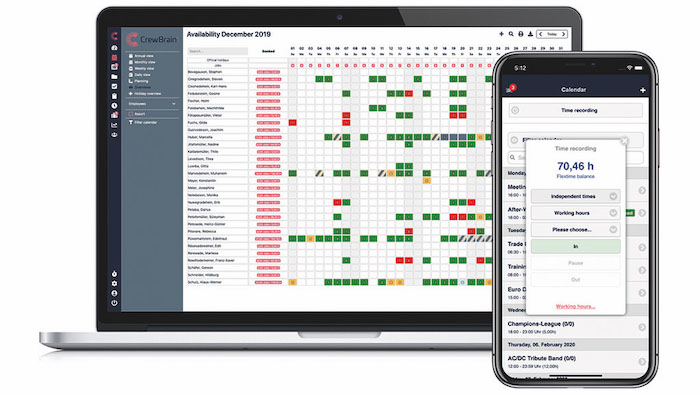 Irrespective of the current ruling by the Emden Labour Court, there is already a draft law for Germany from the Federal Ministry of Labour which is intended to oblige companies to fully record working time, even under national law. Due to the "Corona crisis" and the priority decisions associated with it, this is currently still on hold. Nevertheless, especially now in this time of crisis, companies should consider the introduction of appropriate software solutions in order to be able to make a legally secure start later on. The implementation of the obligation into national law will come - even if somewhat delayed due to the crisis.

A flexitime account can be set up in CrewBrain for permanent staff. Hours worked can then be conveniently recorded using the time clock in the Smartphone Web App or subsequently, by manually recording the hours worked for the respective event. Holiday days and, if required, prescribed breaks are automatically deducted. 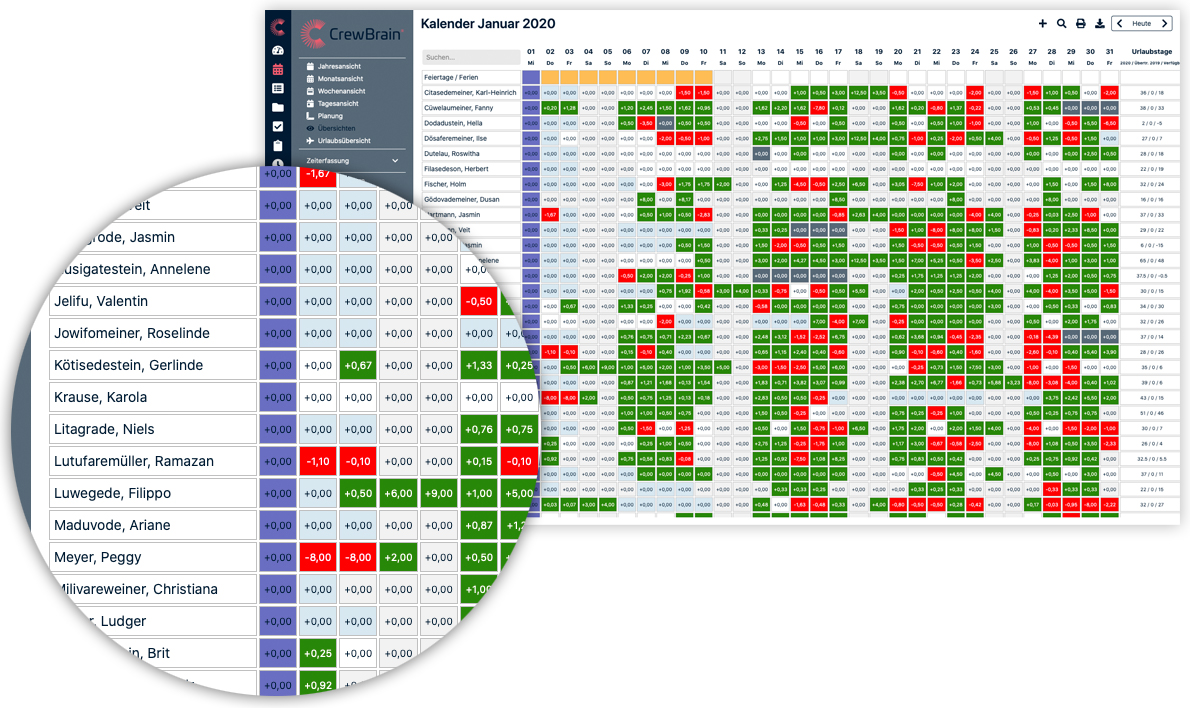 CrewBrain automatically generates statements, for example for freelancers or part-time staff, based on the working hours recorded by staff. Payroll statements can be based on flat rates, daily rates or hourly wages. The statements can also be used to generate invoices for clients with differing amounts due. 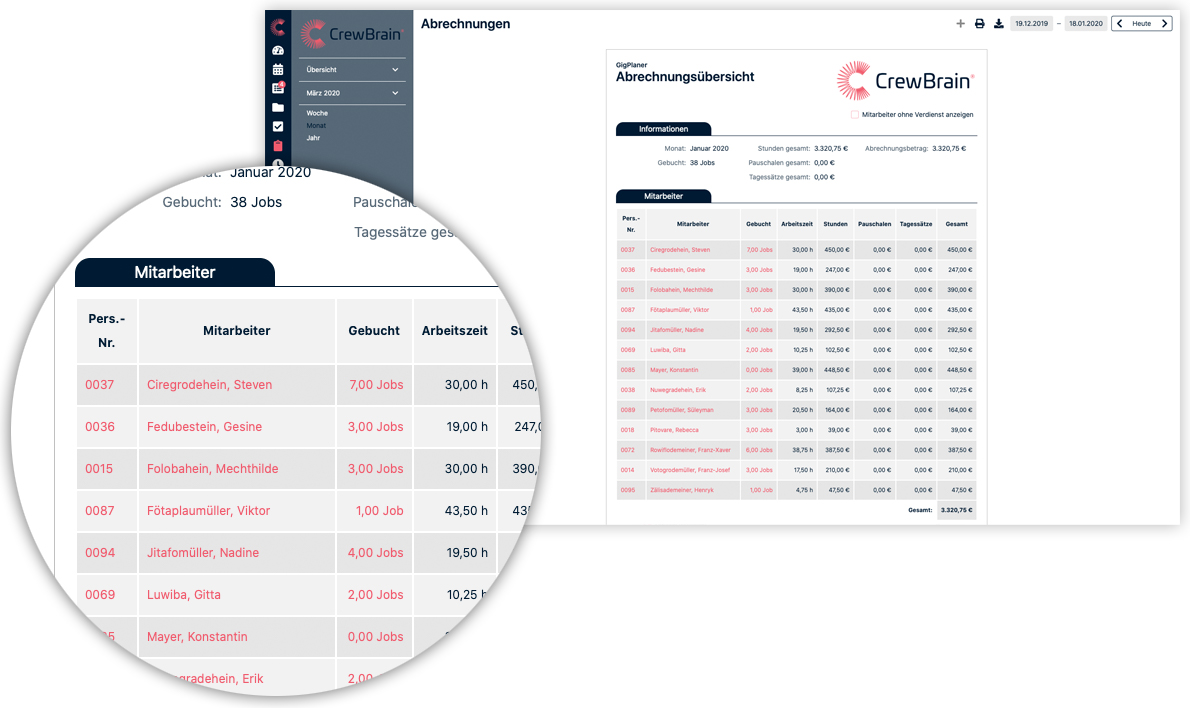