This site uses cookies. If you continue to use it this signifies your agreement to the use of cookies. More InfoOkay

Latest innovations on the GigPlaner

Review of the BoE, optimizations and extensions

for us, the year 2018 started directly with the first big trade fair: on the 10th and 11th of January, we presented the GigPlaner to a large audience during the Best of Events in Dortmund. Of course, parallel to the preparations for the fair, we also worked on the next GigPlaner version, which I would like to introduce to you in this newsletter.

At the turn of the year, we were able to introduce the new user groups to a majority of our customers. This week we will write again to all customers who have not yet registered for a changeover date and remember them for the update. For all customers, that already have the last update activated, the new version is available from tomorrow as usual. 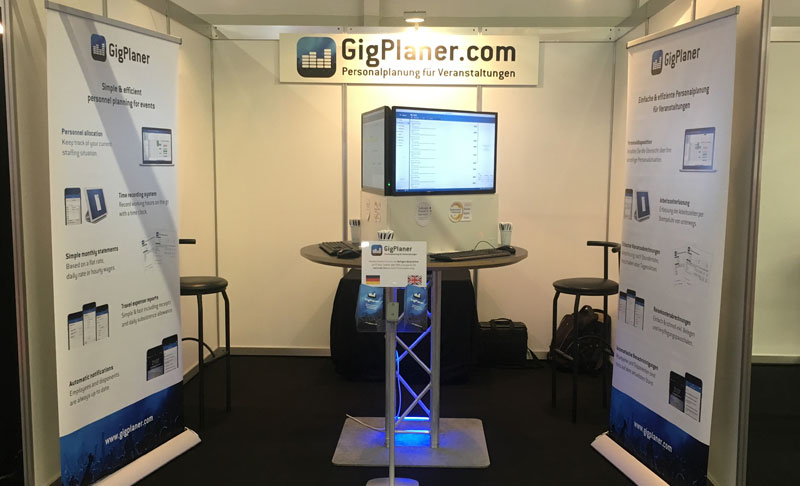 In addition to Prolight + Sound, where we were already represented with the GigPlaner last year, this year we also decided on a booth at the Best of Events in Dortmund. On the 10th and 11th of January, we were able to present the GigPlaner at the Westfalenhallen to a broad audience from the entire event industry. At the same time, we had the opportunity to exchange ideas with many customers and to gain many suggestions for improvements and new functions. Now we want to implement them in the coming weeks and months.

With the last update, we were able to implement a fundamental optimization, which will offer us the opportunity to expand the GigPlaner in many ways in the future. In the meantime, the update has been carried out for almost all customers, so that the user groups are already widely used. We have also received many positive feedback and requests for additional rights, of which we have already implemented the first ones in this version. 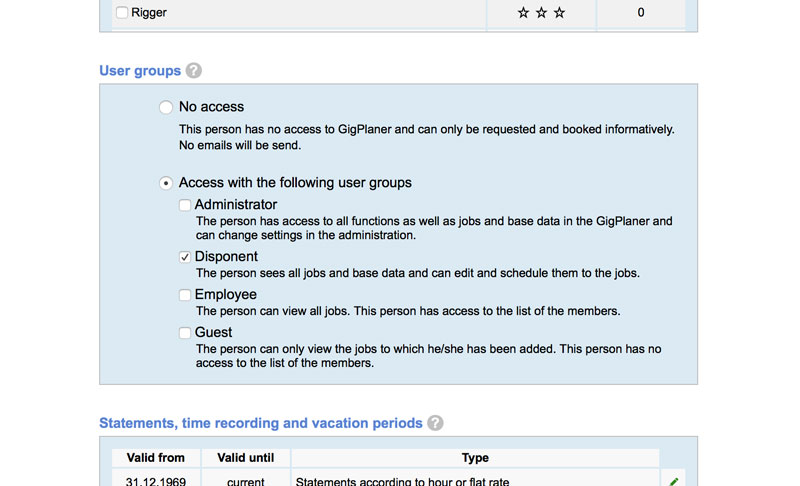 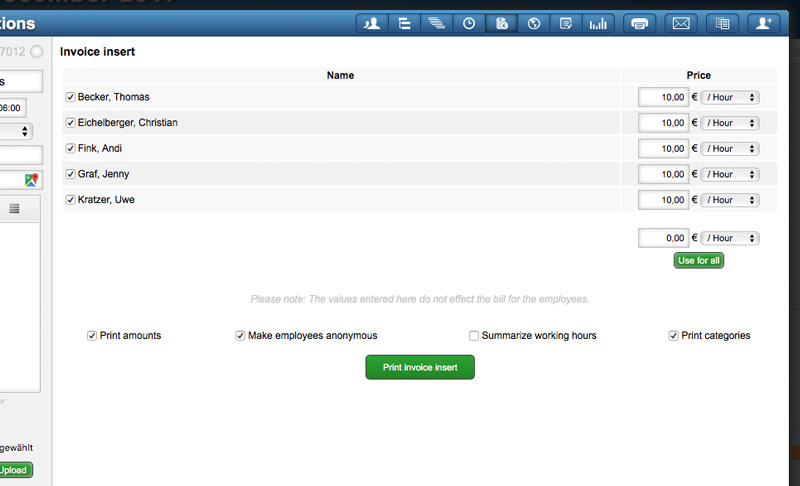 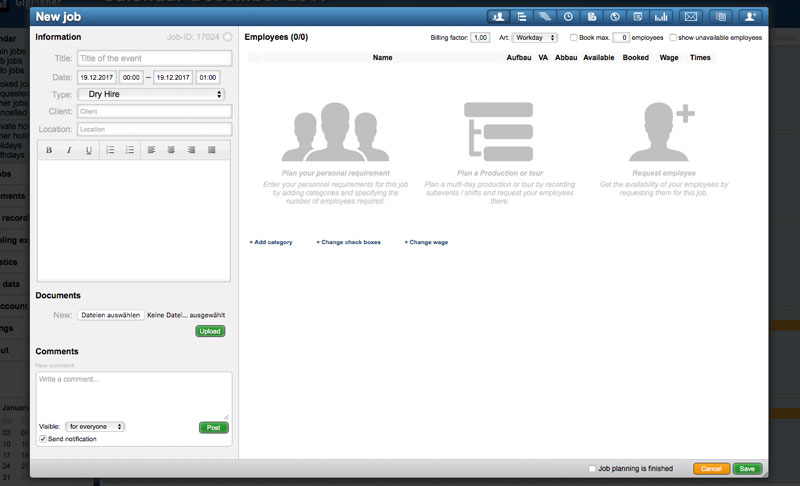 Also new is the right to edit all jobs created by employees of the same group. So far, it was only possible to authorize employees to create their own events. Now this is also possible within an entire user group. In this way, for example, vacation replacements can be defined, and this right is also suitable if several employees are jointly responsible for a specific department but should not be granted access to events from other departments. 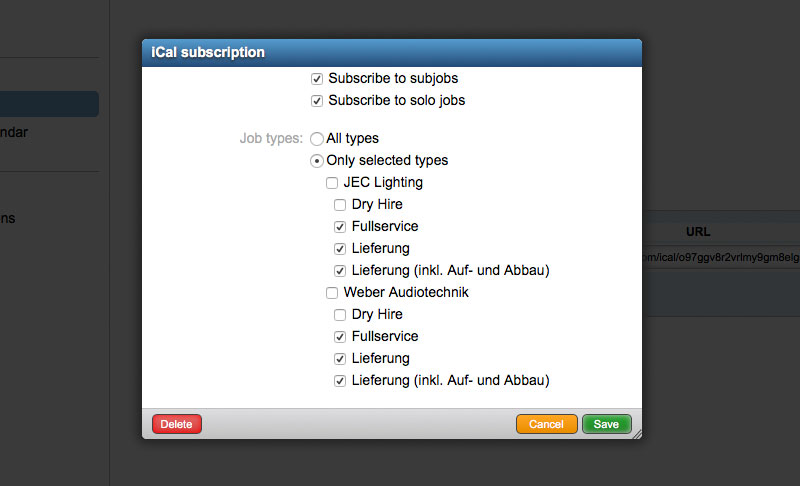 Extension of the iCal subscription

Starting with this version, iCal subscriptions also allow you to restrict the desired events at job type level. That way, you can create iCal subscriptions that contain only jobs from special job types. Of course it is still possible to get the subscriptions across all types, but at the same time you get new possible combinations here. 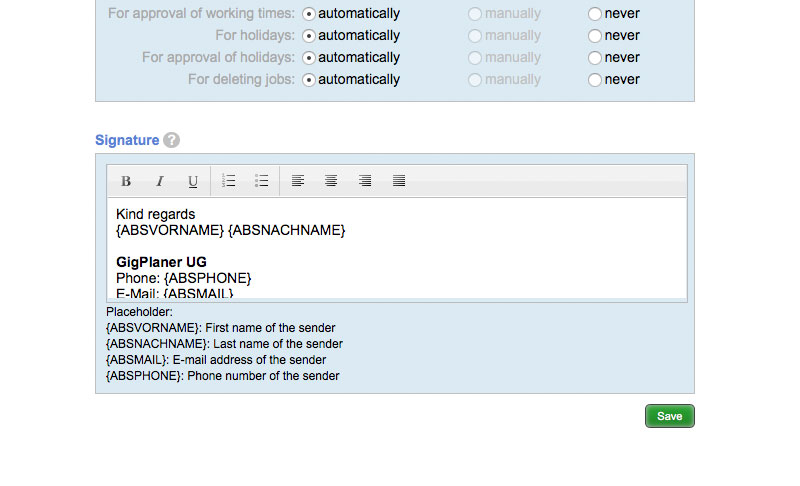 The e-mails sent with the GigPlaner could so far only been slightly personalized. As of this version, a text field is now available in the settings under E-Mail> Signature, in which you can save your own e-mail signature. This signature is then automatically attached to all e-mails sent by GigPlaner. In this way, you can further personalize your emails and, for example, insert your contact data in the emails. With the help of placeholders it is also possible to insert information such as the name, telephone number and e-mail address of the current user in the e-mails. 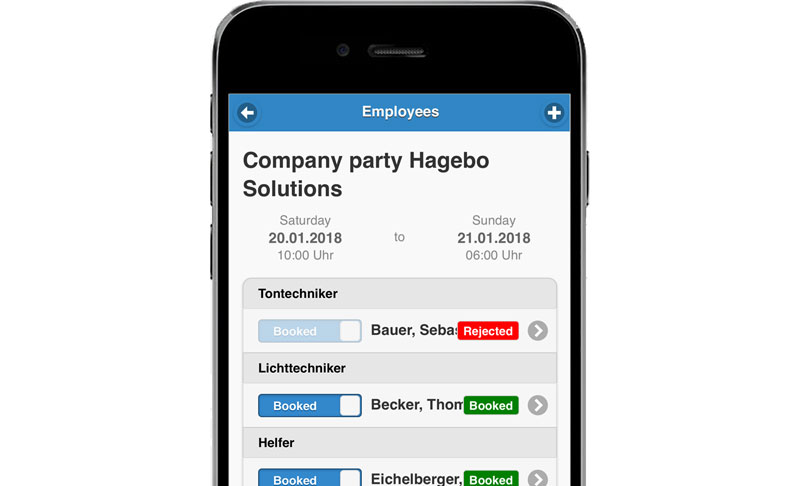